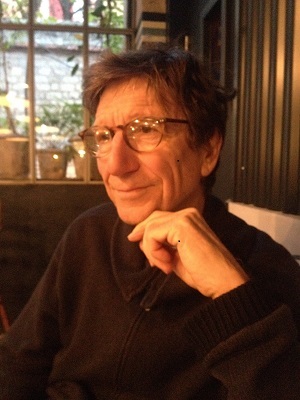 There is no definite age to begin psychoanalytic work, first of all it is an encounter between two persons. I work with children, teenagers and adults.  Every session is particular, it may include mere counselling as well as care treatment ; each person has his (her) own psychic temporality and a number of reasons to ask for help.

I am a member of ISPS (International Society for the psychological treatments of the schizophrenias and other psychoses) founded in 1956 at Lausanne by Gaetano Benedetti who was working on psychotherapeutic approach of schizophrenia.

The working research of Jean Max Gaudilliere and Françoise Davoine during their 30 years seminar in Paris EHESS is linked with this approach, especially as regards psychoses genesis.

Now, my research activities lead me with a team of psychoanalysts and historians to work on traumas of early childhood, war traumas regarding their parents or grandparents.

This reflection led to create a seminar in EHESS (Higher School of Social Science) called : « The war passed on to… ».

Guided by this approach, I translated together with Paule Perez, a psychoanalyst as well, the book : ‘The Long Week-End’ written by the british psychoanalyst Wilfred Bion who was at the age of eighteen a tank commander officer on the front line from 1916 to 1918.

No need to hesitate, just take the fist step and get in touch !

Do you have other questions or concerns (including if we can help you with your problem)? Just call us to make an appointment or send an email to Psychologist France, to the attention of Alain Julienne.

When a couple’s situation is such that the two people can no longer put up with each other, or that communication becomes practically impossible or at the least is very difficult, then it is worth calling a counsellor to try and re-establish communication and review the problems.